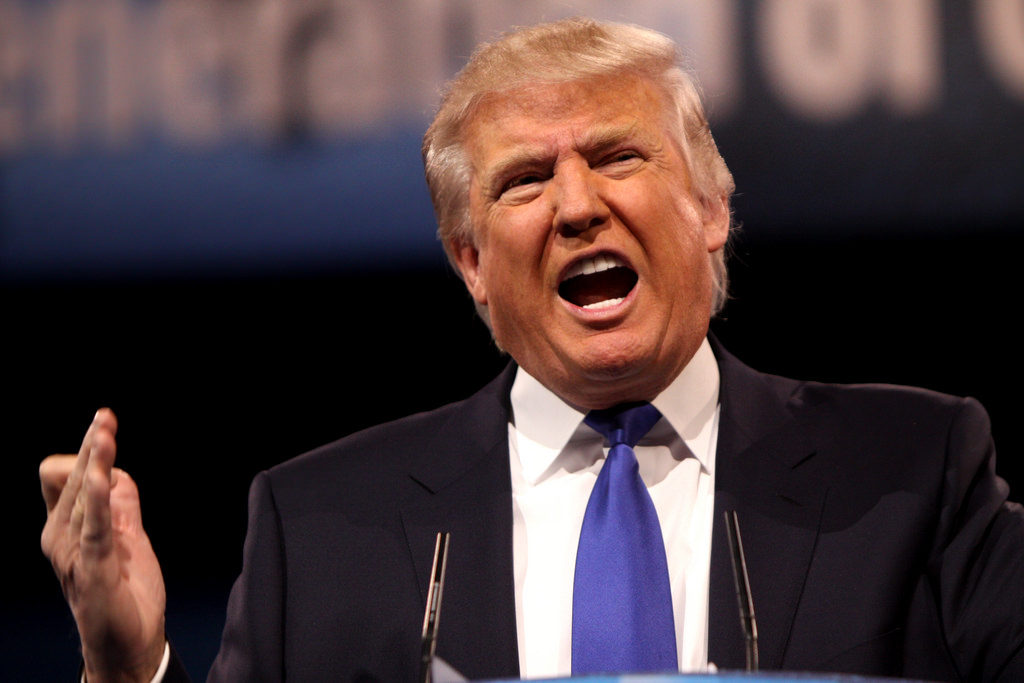 A few new polls should have the White House worrying as his approval ratings slip to an all-time low and a significant majority of people believe he’s incompetent. Trump is a man who often touts his standing in polls, but one month into his presidency the numbers are nothing he’d want to brag about.

Trump started with approval ratings that were lower than any President in history and now they are sinking even lower. He might try to dismiss these numbers as “fake news,” but these are respected polling places with a long history in the public arena.

A  Quinnipiac University survey that was released Wednesday shows only 38 percent of Americans approve of Trump’s job performance in his first month as President. The the same survey, 55 percent disapprove of his performance. The 17-point margin in his approval rating is the worst the President has had since being inaugurated.

Earlier this month the Quinnipiac poll showed Trump with a smaller margin. He had a 42 percent approval and 51 percent disapproval rating, a margin of just nine points. The more recent poll is nearly double that.

“President Trump’s popularity is sinking like a rock,” the assistant director of the poll, Tim Malloy is reported to have said.

“He gets slammed on honesty, empathy, level headedness and the ability to unite. And two of his strong points, leadership and intelligence, are sinking to new lows. This is a terrible survey one month in.”

His approval rating may not be the poll he should be fretting most. The same survey asked people about the President’s leadership skills and the margins are increasing unfavorable as well.

In the same poll, voters were asked of Trump’s leadership. Only 42 percent of respondents told Quinnipiac they believe he is a good leader and 55 percent said that he is not a good leader.

This is a big slip since November, when 56 percent of voters said they believed him to be a good leader versus only 38 percent saying he wasn’t. This change is awful for a man who essentially ran on his leadership skills, both as a business man and in general.

Trump had a rocky start with his national security resigning and botched rollouts of executive orders. Though many agree with his most famous immigration order, or “Muslim ban” as it has been dubbed, most believe the implementation could have been better.

These numbers are moving faster than any President in recent memory and Trump is certainly not enjoying a honeymoon period with voters after his inauguration, but there is time to make them up. If his numbers remain low, it is likely to spur more defections from the Republican party as they see him as a political liability. That would make it difficult for Trump to implement his ambitious agenda

The White House may shrug off these numbers, but Trump and his staffers have a history of paying attention and reacting to polls. We may see a change in approach soon if the numbers remain dismal for the President.