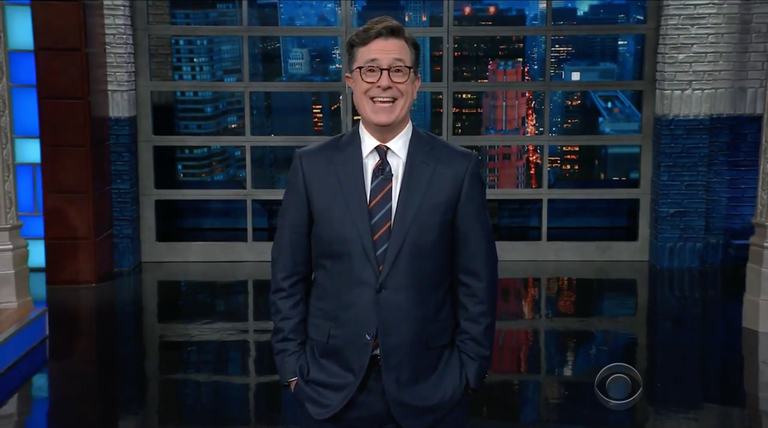 Steven Colbert laid into Al Franken over recent allegations he groped Leeann Tweeden. Tweeden, a model and sports commentator, came out this week and recalled a time when she and Franken were on a USO tour together.
Tweeden said that Franken kissed her and posed for a photograph groping her as she slept. Franken first responded simply stating that he “did not remember it that way,” but apologized anyway

Colbert was utterly unsatisfied by the senator’s initial apology. Mr. Franken said the photo was meant to be funny.

Colbert is not one to pull punches. You can see his full monologue below: