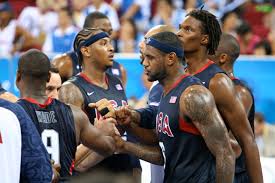 THE RUMOR MILL IS HOT

The internet has been buzzing with suggestions that Carmelo Anthony could be on his way out in New York.  The NBA superstar has done his best to quell rumors, but the Knicks paltry record during Anthony’s tenure has more amateur GM’s speculating that Phil Jackson may be looking to go in another direction. Carmelo Anthony is 32 years old, playing under a max contract with a no trade clause, and a 15% salary trade kicker.

Rumor has it that the  Cleveland Cavaliers have rebuffed the Knicks’ offer of Anthony for Kevin Love.  Love is having an All-Star year, and is four years younger than Anthony.  However, Love has had back problems this year and suffered serious injuries that have knocked him out of action.

Trading Love is a popular option among some segments of Cleveland fans.  He did not play well in the Finals last year. Indeed, he would have been vilified if Steph Curry had been able to hit the game-winner in his face last June.  At least one Knicks’ reporter thinks the Knicks are better served by holding onto Anthony and making a push for the eighth seed in the Eastern Conference. But Love is a rare talent and asset when healthy.

The only other player that Cleveland could feature in an offer for Anthony would be Tristan Thompson.  Thompson is the heart and soul of Cleveland’s interior defense. Without him, Channing Frye would be the only man left standing in Cleveland’s frontcourt. Love at center with Melo and James at the forward sport would make for some great offense, but would the Cavs be able to defend the paint with such a lineup?

Neither team is happy with their performance thus far into the season.  Lebron James has recently embraced the role of assistant GM.  It appears as if his comments to the media demanding that additional playmakers be added to the team has lit a fire in Cleveland’s front office. 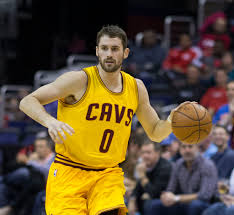 The possibility that Cleveland could form its own Fantastic Four excites the imaginations of many NBA fans. A Draymond Green/ Kevin Durant matchup against Lebron James/Carmelo Anthony in the NBA Finals would be enticing.

But will it happen? We will have to wait and see.