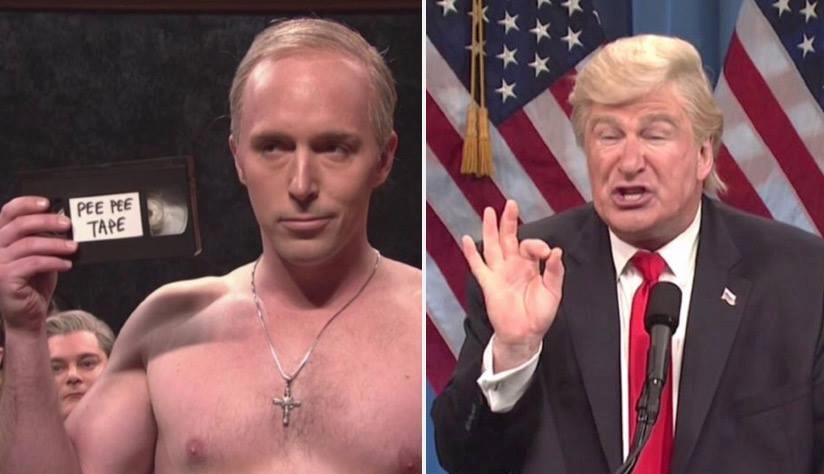 Parts of the infamous dossier that contained the story of Trump hiring prostitutes to have a golden shower party in a Moscow hotel bed the Obama’s slept were just confirmed by U.S. investigators for the first time. Multiple current and former law enforcement and intelligence officials intercepted communications that confirmed information in the dossier, giving much “greater credibility to some aspects of the dossier” and the document as a whole. The information is still classified, but it is beginning to come out.

CNN broke the story of the confirmation by U.S. intelligence officials, stating the intercepted communications were between foreign nationals. The officials would not state what parts of the memo were confirmed.

The 35-page dossier was first brought to the public’s attention in December when Buzzfeed decided to share it with the public after Donald Trump and, then President Obama were briefed on the contents at an official intelligence briefing. It was a controversial move, though Buzzfeed stated plainly that none of the material had been confirmed. The dossier was put together by a trusted former British intelligence officer who has since went into hiding, fearing a retaliation by Putin.

According to the dossier, the Trump campaign and Russian officials communicated and collaborated during the Presidential campaign. If true, these allegations would be devastating for Trump, potentially even opening the door for impeachment or treason hearings.

The Trump team first denied that he was briefed, though it was soon officially confirmed. After hearing of the confirmation of parts of the contents of the memo, White House Press Secretary was reported as saying , “We continue to be disgusted by CNN’s fake news reporting.” The term “fake news,” is what the Trump administration dubs news they don’t like.

The newly learned information does not relate to the more salacious allegations in the memo, as in those of Trump’s alleged “pee party,” but it does now lend credibility to the entire document. The dossier details many conversations between senior Russian officials and other Russian individuals. The sources did not state which of these conversations were confirmed or whether any of it involved candidate Trump.

While the entire contents of the dossier have not been confirmed, these revelations do elevate the allegations made in throughout the document. These things take time to sort out. We well be anxiously waiting the release of new information and will update our publication as soon as we receive word.