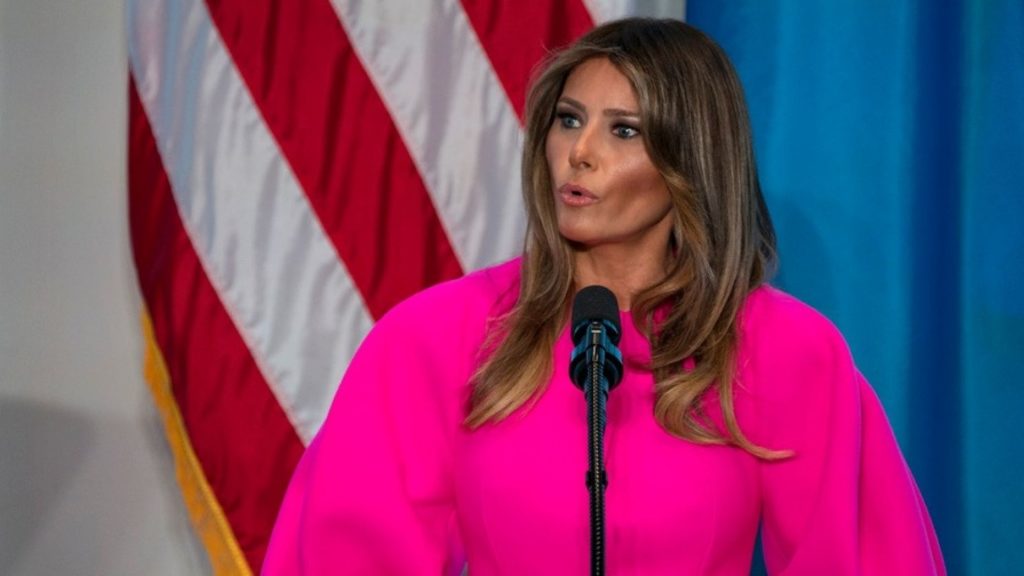 Though the irony was lost on Melania, others were quick to point it out. Dana Bash, political correspondent for CNN, has criticized Mrs. Trump for this before. Today she said of the surreal speech:

“Listening to her talk about – remember our kids are watching and listening, remember that they need to follow our own examples – those of house have kids and can’t show them some of the retweets by the President of the United States because we don’t think it’s appropriate to condone hitting a golf ball at a former competitor and knocking them over, see that there’s more than a little bit of irony here. She should be commended, but come on.” Dana Bash

Her husband shared a photo depicting violence against his former political opponent no more than a week ago. This was not his first time essentially calling for violence to his tens of millions of followers. Melania’s speech is comical when juxtaposed against her husband’s violent and antagonistic rhetoric.

The Trump’s have no shame and often accuse others of actions they are guilty of. It is one of their most consistent methods of attack. Fortunately, it doesn’t seem to be working.