In the wake of the right-wing, Nazi terrorism in Charlottesville, you may hear Republicans decry the violence, but the party has been trying to legalize the killing of protesters across the nation for some time. Republican legislatures in most states have been fighting peaceful protest even to the point of introducing legislation making it legal to run over protesters.

Sadly, “right-wing” and “Nazi” are synonymous for many people today. Since the President and his party took control of all three branches of government, Neo-Nazis have felt even more emboldened, but they have been constrained by a system of laws. Republicans seek to life those constraints by essentially criminalizing dissent and legalizing the killing of the dissenters. This is happening now and it is only getting worse.

Open Season on Non-Racists and Liberals

Republicans in Tennessee and North Dakota recently introduced bills that make it legal to run over protesters. Similar bills are being considered elsewhere. Leaders and voters on the right are openly calling for the murdering of protesters in the public and on social media and have been for some time. You may have seen these images and messages shared on social media platforms. 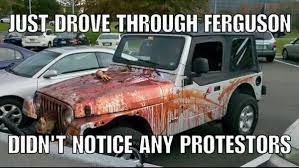 The implication is obvious here: 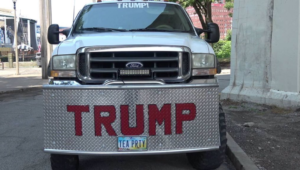 This is fairly blatant: 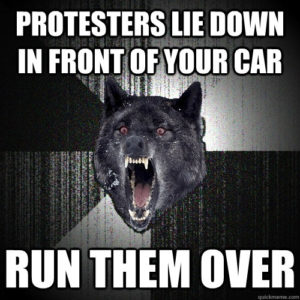 Sometimes they are more overtly racist: 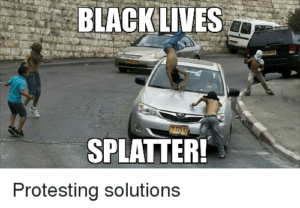 The President loves to comment on events that are in the news. After the terrorist attack on protesters in Charlottesville, Trump essentially equated the racist white supremacists to those protesting against racism. Here is his quote:

“We condemn in the strongest possible terms this egregious display of hatred, bigotry, and violence, on many sides. On many sides,” Donald Trump.

One thing we all know, Trump will not criticize Vladimir Putin or his racist supporters. He knows he needs their help and owes them a debt of gratitude for his presidency.

The assault on our freedoms and culture from the increasingly extremist Republican party will continue as long as people allow it. There does seem to be an awareness growing.