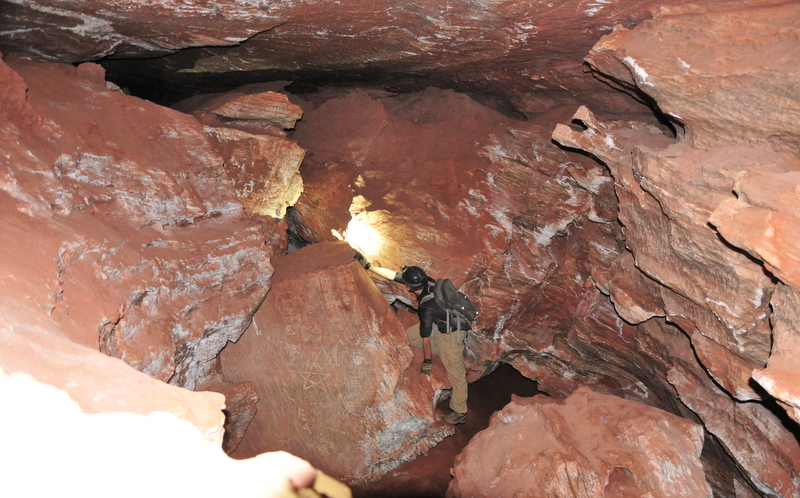 Just when you think life couldn’t get any weirder, you get super life in a Mexican cave crystal. Biologists made a shocking discovery of 50,000 year old microbes surviving on minerals in a cave in Naica, Mexico

‘It’s simply another illustration of just how completely tough earth life is’, says Penelope Boston, head of NASA’s Astrobiology Institute. The institute made the discovery and Penelope presented the findings at the American Association for the Advancement of Science conference in Boston.

“It’s simply another illustration of just how completely tough earth life is,” she said. Ms. Boston revived the microbes on the site and in a laboratory environment and plans on doing more tests.

The scientific team that made the discovery has been working for nine years and found 40 different varieties of microbes and viruses in the crystals. Some of the tiny life forms are 10 percent genetically different, which is about the same difference as there is between humans and fungi, Ms. Boston said.


The Naica caves are located in the northern Mexican state of Chihuahua and were once lead and zinc mines. Before the mining started, the caves were completely separated from the outside world. The temperature in the caves is hot enough the scientists had to wear special suits and could only work for 20 minutes at a time before needing to cool down.

The life forms are not the oldest ever found to date. They are dated at 50,000 years old, but not long ago, microbes were found living in ice that were half a million years old.

Life finds a way, it seems. We shouldn’t be surprised to be finding living organisms in these strange places. It seems many places we think are uninhabitable are occupied when we finally take a look.