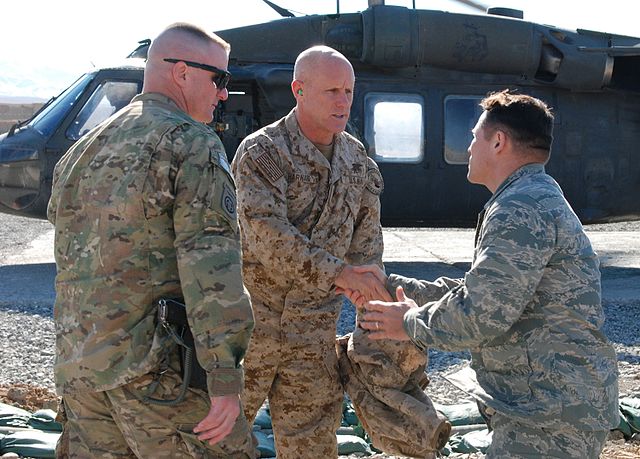 President Trump continues to have trouble making deals as his pick to replace potential traitor Mike Flynn, Robert Harward declines the offer. Harward is reported to have called the offer to become Trump’s national security adviser a “sh*t sandwich.” Trump is reportedly currently trying to persuade Harward to change his mind.

As most Americans have probably heard, Trump’s previous pick for the position, Mike Flynn, was caught lying to the Vice President and the FBI about calls he made to Russian government officials. The calls included mentions of sanctions the Obama administration had placed on Russia as a result of their invasion of Crimea.

Mike Flynn allegedly reassured the Russians that the Trump administration may loosen the sanctions once in office. This is an apparent violation of the Logan Act which states that it is unlawful for citizens to negotiate with foreign governments having a dispute with the United States.

The Washington Post broke the story with nine current and former senior officials as their sources. Though Trump was made aware of Flynn mentioning the sanctions by U.S. intelligence officers several weeks ago, he did not ask for Flynn’s resignation until the public heard of the incidents. This has caused people to wonder whether it was the Logan Act violation that cause Trump to fire Flynn, or simply the fact that the American public found out about it.

Flynn now holds the record for having the shortest tenure of any national security adviser. He served just 24 days. To replace Flynn, Trump has asked retired Vice Admiral Robert Harward. The retired Vice Admiral turned Trump down saying the White House is currently “too chaotic,” and called the deal a “turd sandwich” in looser language. Who can blame him?

Many people, including Michael Moore, are claiming Flynn was just following orders from President Trump. It would be very odd if the national security adviser told a foreign government sanctions would be removed without having been ordered to.

Trump’s recent praise of Flynn may be an attempt to keep him appeased. If the President did order Flynn to make the calls, he would also be in violation of the Logan Act. Trump has a long history going out of his way to appease Putin and the Russians. Some, including current and former intelligence officials have even said Trump is likely being blackmailed by the Russians.

A 35-page dossier alleging Trump has been compromised by Putin was leaked to the public in December. Among allegations of Trump campaign officials colluding with the Russian government were salacious allegations of Trump hiring Russian prostitutes for a “golden shower” party on a bed the Obama’s once slept in. Recently, some of the allegations made in the dossier have been corroborated with intelligence.

Trump is having a hard week, capping off a very rocky first month. Harward’s refusal to join the team in such a manner is adding insult to injury.