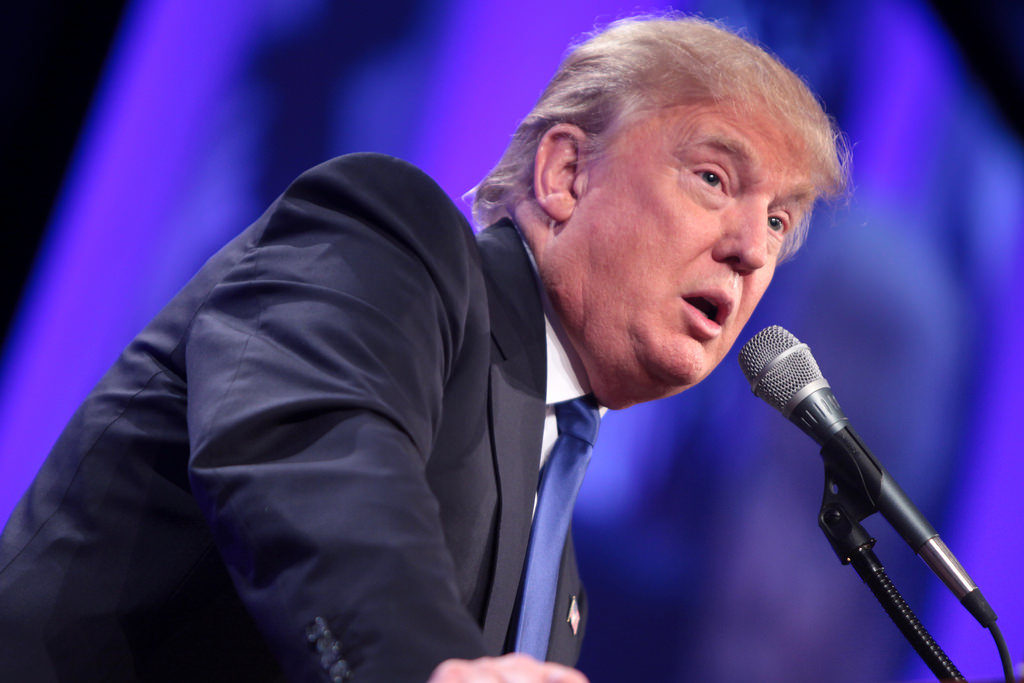 Lawyers and liars are the worst kind of bullies because everything you ever learned about standing up to them fails. The misinformation and disinformation they spread goes way beyond a normal ass-beating; it destroys people’s careers—this was in fact Trump’s stated intention when a federal judge opposed his first travel ban on Muslims. But it also destroys people’s faith, at home and abroad, in American institutions.

He conflated actual fake news reports, an idea allegedly now initiating with his campaign team, with all the news services we grew up on: ABC, CBS, NBC, CNN, and our previously gold-standard New York Times, and called their representatives liars. Trump called Hillary Clinton a proven liar in the third presidential debate, but had long before branded her “Crooked Hillary.” Her response, something we’re getting used to: “I’m just quoting something you said.” And around we go.

Trump said of Ted Cruz In a Republican Debate “first, this guy is a choke artist, and second, he’s a liar” and the crowd moaned “Ooooo” like on the Jerry Springer show. Cruz—a genuine choke artist and liar—ironically provided the best rebut “let me tell you something, falsely accusing someone of a lie is itself a lie and something Donald does daily.”


“China is a grand master . . . at currency manipulation,” Trump said, kicking off his already shaky relationship with China. Maybe some of the people Trump calls liars actually are. But so much mis- and disinformation has been released by the White House since December it’s hard to remember how Trump called the CIA liars when they first suggested his political ties with Russia: “These are the same people that said Saddam Hussein had weapons of mass destruction. The election ended a long time ago in one of the biggest Electoral College victories in history. It’s now time to move on and ‘Make America Great Again.’ He also oddly compared them, as he did American journalists in general, to Nazis.

Let’s make sure we get this part of the story right. This trick is old-hat to brilliant shining examples of liarship like our new Commander-in-Chief liars: Whatever you think I am, that’s what you are, because you’re the liar.

One thought on “Trump Loves Lies, His Favorite: You’re The Liar”