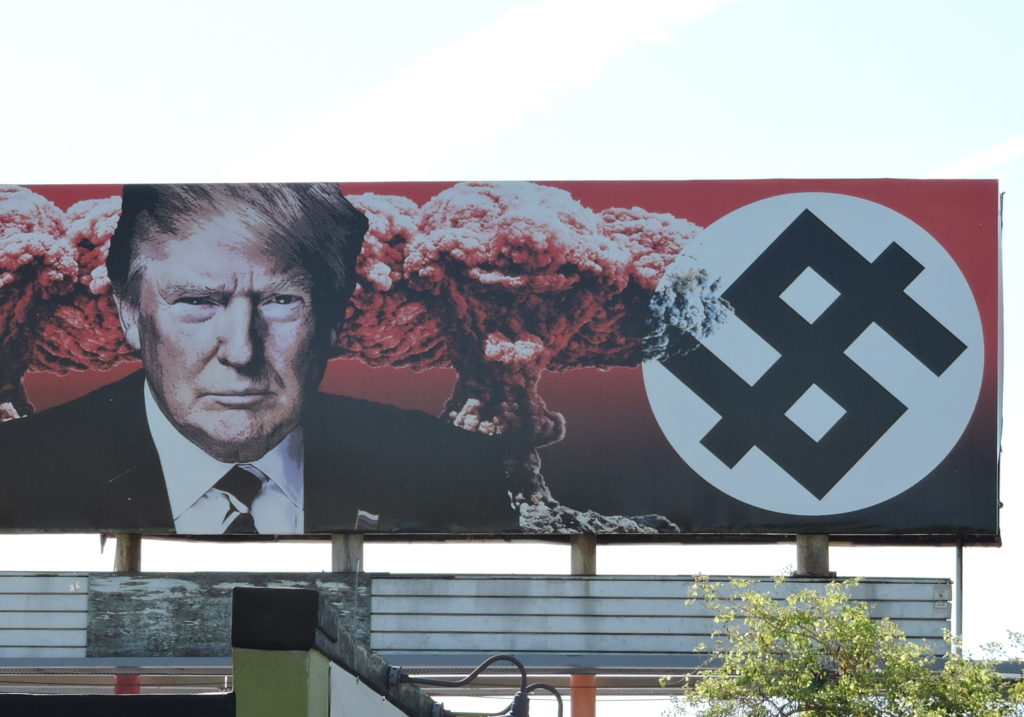 Trump, the self-proclaimed “non-interventionist” bombed a sovereign nation today in a coordinated effort with the nation he bombed and that nation’s financier. After Syria’s President Bashar al Assad attacked his own citizens with sarin gas, killing almost 100 of them. According to several news outlets, Trump coordinated with Putin, who is very close to Assad, before following through with the attacks.

According to CNN, Trump’s Secretary of State, Rex Tillerson, confirmed that the US military contacted Russia about the attack ahead of time, the White House is not denying this. Assad and Putin are known allies, even since the recent killings. It is unimaginable to think that Putin did not coordinate with Assad in order to minimize costs and pro-Russian casualties.

In case you haven’t heard, earlier today the U.S. military launched 59 missiles at a Syrian airfield in response to the immoral and inhuman gassing of Syrian citizens. Journalists and news organizations alike have fallen into their usual roles, assuming the absolute best about the Trump regime, which is the most corrupt the U.S. has ever been subjected to.

Nearly every news organization in the nation fell into the trap of presuming Trump had nothing to do with Assad’s attack on his own citizens. This was necessary in order for Trump to emerge as a hero. The hero cannot be complacent in the formation of the evil plan, but it appears this is exactly what has happened.

Trump, Putin and Assad are public allies, there is no secret here. Their real problem lies in the public nature of their alliance. In order to give the appearance of a break up, they were apparently willing to kill civilians and stage an attack of one sovereign nation against another. Assad murders his own citizens….again, Trump pretends he is upset and “changing his view of Assad,” then launches an attack coordinated with Assad’s greatest ally on an empty airfield in Syria. Afterwards, the Trump sycophants run to the press declaring how anti-Russia Trump must be.

The whole thing stinks to high heaven. Any fool can see what is going on here. These clowns want to extend the Russian kleptocratic model to the rest of the globe and no human life matters to them in their pursuit. Only the uber-rich folks are deserved enough to be in the know. Russian wealth is now almost entirely taken by the oligarchs in that nation, the largest on Earth.

Trump, Putin, Assad and others are working to essentially enslave the globe in their kleptocracy. This “air strike” is just more theater designed to increase Trump’s approval rating and rally Americans by exploiting their patriotism.

3 thoughts on “Trump, Assad and Putin Coordinate Air Strikes to Distract from Russiagate”