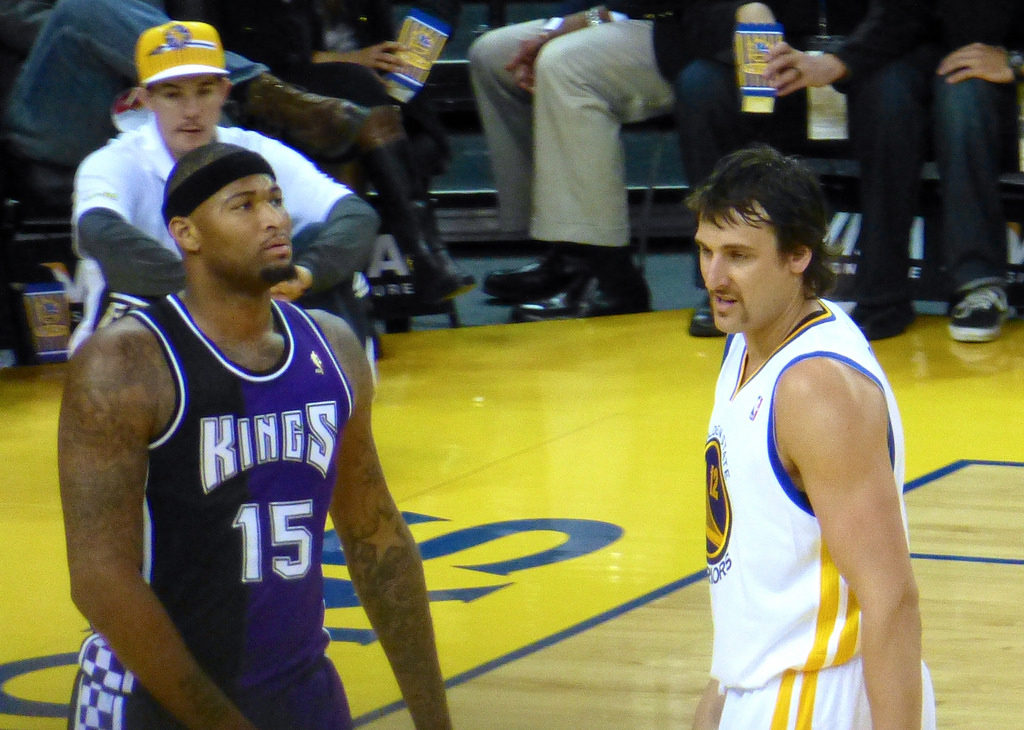 March Madness is approaching, which means the NBA Playoffs are right around the corner. The NBA MVP race is heating up, too. Kawhi Leonard is emerging as a legitimate candidate despite the historic seasons of Russell Westbrook and James Harden.  Lebron James is also in the MVP picture.

But the real story at this point of the season is about the injuries.

The biggest individual injury story involves Kevin Durant. The Golden State Warriors are optimistic Durant will be back in time for the playoffs.  But will he be sharp?

Many fans speculated that Steph Curry was injured going into the NBA playoffs last year. Others, mostly Cavs fans, think Curry is just soft and buckles under pressure. Durant’s performance in the Western Conference Finals last year has many of the same soft characteristics.  Afterall, if Durant would have stepped up and hit a few jumpers last year, the Thunder and Cavs would have played in the Finals.

So, when Durant comes back, if he fades in the playoffs like he did last year, will people chalk up Durant’s failures to Durant’s failure to be great or will they hand him back the crutch from his knee injury, pat him on the back, and whisper sweet nothings in his ear about the Warriors’ playoff failures being the injuries’ fault?

Thanks to the work of Mike D’Antoni of the Houston Rockets and Quin Snyder of the Utah Jazz, Tyronn Lue hasn’t been discussed at all for Coach of the Year honors.  But the way Coach Lue has handled the Cavaliers’ injury bug on a roster with, until recently, a sizeable portion of its bench composed of D-Leaguers, deserves some recognition.

Kevin Love has been bitten again by the injury bug this year.  He had back problems all throughout the beginning of the year. Now, he is out after having arthroscopic surgery to remove loose particles in his knee. Love is scheduled to return mid-March, just in time for the Cavaliers to get the ball rolling for their playoff hunt.

The Cavaliers need to spray down their locker-room with injury-bug pesticide.  J.R. Smith finally returned to the court after missing a major part of the season with a broken thumb.

The Cavs have made some huge mid-season moves, but most of them have been ridden like lice with the injury bug.  Deron Williams has just gotten over  a toe injury after having other injuries to his calf among others.

Andrew Bogut didn’t make it more than two minutes on the floor before fracturing his tibia. Bogut’s injury has many Cleveland fans wondering if the 2016 NBA Champions are still carrying a bit of the Cleveland Curse.  Dreams of Bogut playing the high post with Lebron and Kyrie against the Warriors in the Finals were dashed with one snap and crack.

Cleveland has been thin up front all year, particularly after Chris “The Birdman” Anderson went down early in the season with an ACL tear.

Kyle Korver has suffered his share of injuries.  He is currently battling a foot injury.


Luckily for the Cavs, Lebron James has been an iron-man for his entire career. Knock on wood.  Lebron has played all five positions for the Cavs, including back-up point guard and power forward.

Meanwhile, the Cavs are sliding.  They are in danger of losing their first-place spot in East.  However, Lebron and company have to prioritize health at this point and hope they can turn it on come playoff time.

Gregg Popovich is the master of roster management.  However, Pops isn’t likely to become a cardiovascular magician anytime soon, and that may be what the Spurs need with Lamarcus Aldridge currently sidelined indefinitely with minor heart arrhythmia.  Hopefully Aldridge’s heart checks out and his absence is only temporary. But Spurs fans can’t help but fear that Aldridge’s career has taken on the trajectory of Chris Bosh’s, who has been sidelined by blood clot problems.

Pau Gasol is back from hand surgery.  Tony Parker’s age is catching up with him, but he should be fine come playoff time.  Kawhi Leonard recently suffered a concussion but he will undoubtedly be ready to make the playoff push and also make his case for being the best player in the NBA.

Popovich will have his team ready. The question most fans have is whether he can get Lamarcus Aldridge back  on the court, let alone back to the dominant performances he had for the Trailblazers in the playoffs a couple of years ago.  If the Spurs can get Kawhi and Lamarcus playing at the top of their potential, they may be able to put down the Warriors this year.

Chris Paul is back. That’s very important for the Clippers, whose playoff aspirations depend on Paul and Griffin being healthy and dominant come April.  However, the Clippers have been sliding recently. Even when healthy, the Clippers have problems getting the most out of their roster.  This was evidenced shortly after the All-Star break when the Golden State Warriors had a 50 point 3rd quarter against the Clippers to come back and really just head-stomp the Clippers.

Even when perfectly healthy, the Clippers roster seems limited.  Their best chances to win depend on Deandre Jordan dominating the paint on Defense while attacking the basket on pick and roll sets.

Chandler Parsons has made more money on the bench while injured than any player in NBA history, or at least it certainly seems that way.  The Grizzlies have had a hard time deciding whether Parson should maintain his starting gig when he is able to suit up.  Can he provide that offensive spark the defensive-minded Grizzlies desperately need to make a playoff push?

The Bucks have given the Cavaliers trouble this year.  They have a good mix of speed and size that matches up well with most teams.  Unfortunately, Jabari Parker has been hit again with the injury bug.  Michael Beasley has done well for Jason Kidd, but he is out for a couple of weeks with a left knee sprain.

Kyle Lowry’s injury may be the biggest injury story.  Reports have broke that he broke his wrist before the All-Star game but didn’t reveal his injury until after.  Lowry is slated to return before the playoffs, but the Boston Celtics may end up with the better playoff seed.  The injury hurts the Raptors, who needed to get the chemistry flowing with the addition of Serge Ibaka and the recurrent injuries to Demarre Carroll.

The injury bug is breeding hard this year. Will it change the landscape of the NBA Playoffs? Maybe so. Maybe not.

Many expect the story to be similar to the last two years with Golden State and Cleveland squaring off in the NBA Finals for a third straight year.

Yet, the injury bug may bite again between now and then.