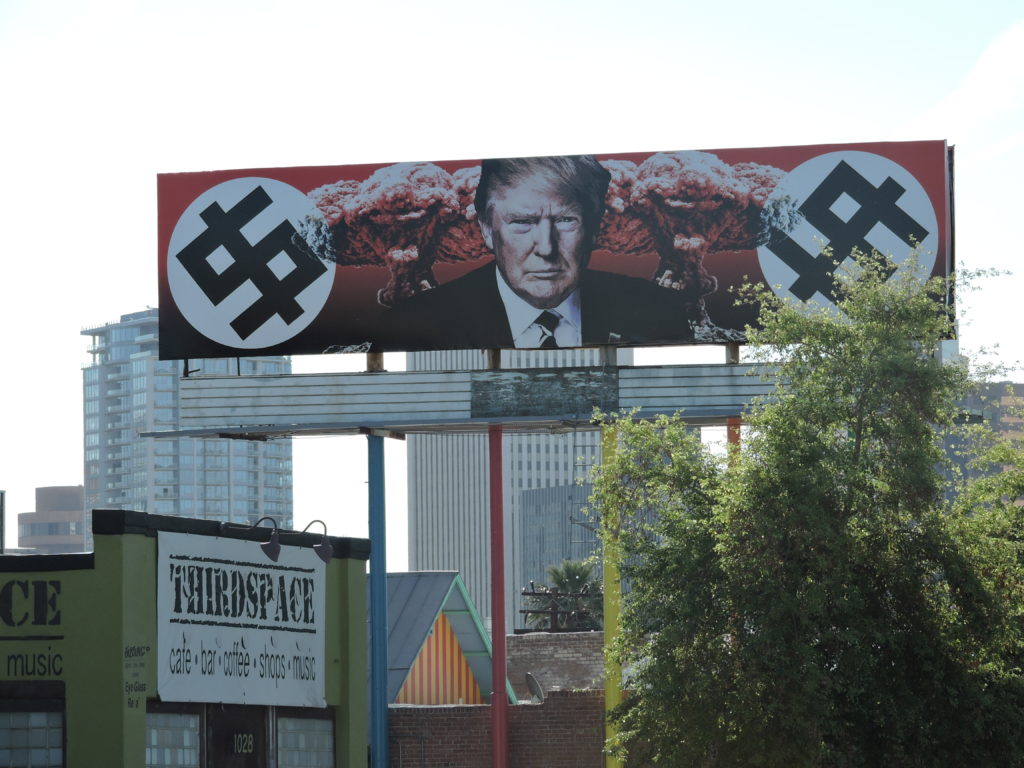 After running a devisive and racist campaign, Trump is having a hard time scraping the Nazi off his public image. A Santa Monica artist designed and created a billboard depicting Trump with dollar signs that look an awful lot like swastikas along with dual nuclear explosions.

The billboard is located in downtown Phoenix and is the work of artist and activist Karen Fiorito, who tweeted the image and text below.

Fiorito has stated she has a real fear about the Trump presidency and money in politics in general….as are many people. This isn’t her first time using billboards as a medium for political protest art. During the Bush administration, Fiorito created political billboards. 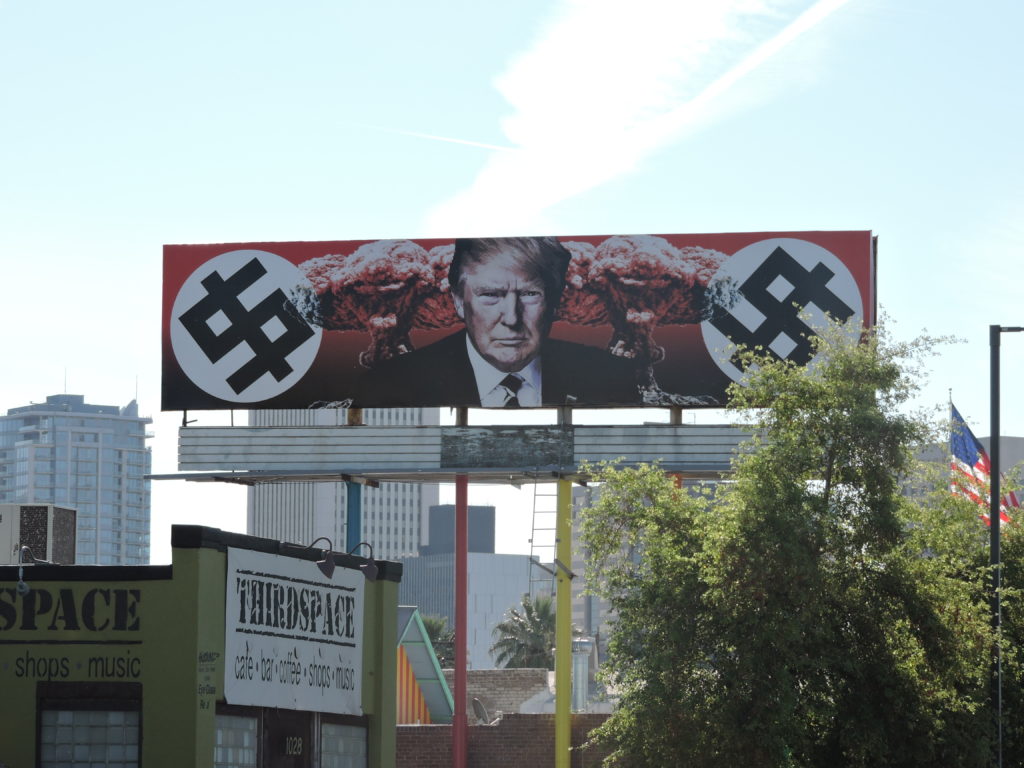 The swastika-ish dollar signs on the billboard were designed by Hugh Gran, a New York artist. Fiorito believed the symbolism was appropriate for this piece.

“I felt that those really symbolize politics and money and power,” Fiorito said.

On the other side of the Trump billboard is a unity message with hands spelling “unity” in sign language with imagery of the Arizonan state flag as background. 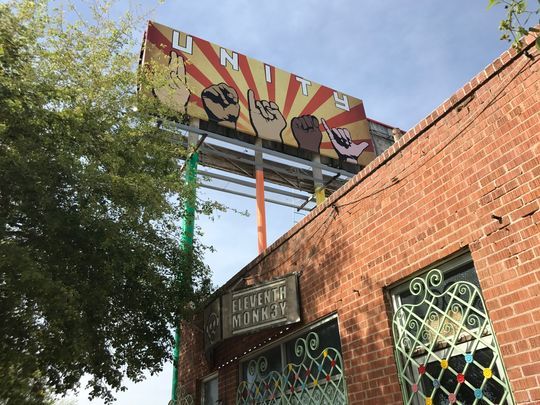 The billboard was installed just in time for the Art Detour event which runs through the weekend in this Phoenix neighborhood. It is on the property of the 11th Monk3y, which is a design and apparel shop owned by Ruben Gonzales, who hopes there is no violence in response to the imagery.

Fiorito also expects violence in response to her work, with good reason. Since Trump began his proto-fascist candidacy his supporters have attacked any and all critics who speak out against him publicly. Hate crimes have increased hugely as a result of the President’s hateful rhetoric and white supremacist policies.

The sign is attracting much attention. People are pulling over to take photos constantly. While The Daily Internet was on the scene there were dozens of folks pulling their cars over to take photos of the billboard. It may make the Art Detour a very busy event.