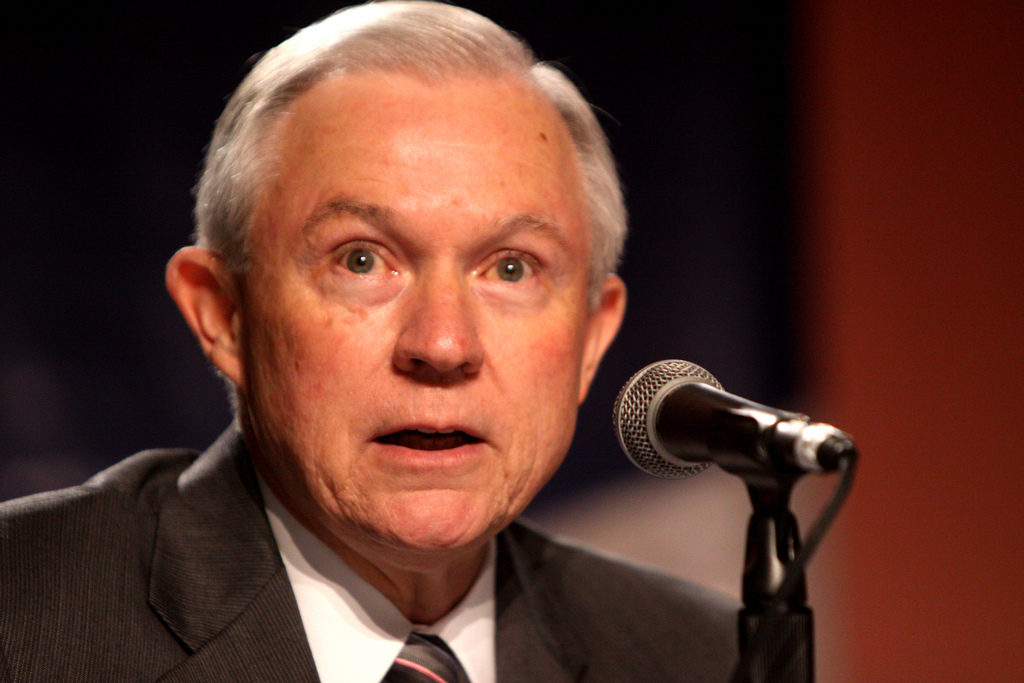 The Washington Post is reporting that then-Senator Jeff Sessions (R-AL) twice made contact with the Russian ambassador to the United States during the Presidential campaign, according to Justice Department officials. Sessions did not disclose the meetings when he was asked about contacts between the Trump campaign and Moscow representatives during his confirmation hearing to eventually become attorney general.

This could increase the calls for a special counsel to replace Sessions as overseer of the current investigation into Russia’s role in the 2016 election. Sessions is currently overseeing both the FBI and the Justice Department investigations and has refused to appoint a special prosecutor thus far.

The Moment Sessions May Have Perjured Himself

During the January 10th Judiciary Committee confirmation hearing, Senator Al Franken (D-MN) asked then-Senator Sessions what he would do if he learned of evidence that anyone affiliated with the Trump campaign communicated with the Russian government during the 2016 Presidential campaign.

“I’m not aware of any of those activities,” Sessions responded. He added: “I have been called a surrogate at a time or two in that campaign and I did not have communications with the Russians.”

In January, Sen. Patrick Leahy (D-Vt.) asked Sessions for answers to written questions. “Several of the President-elect’s nominees or senior advisers have Russian ties. Have you been in contact with anyone connected to any part of the Russian government about the 2016 election, either before or after election day?” he wrote.

There are many tenuous ties between the Trump administration and Russia. As the weeks go by, more and more of these shocking details are coming to light.