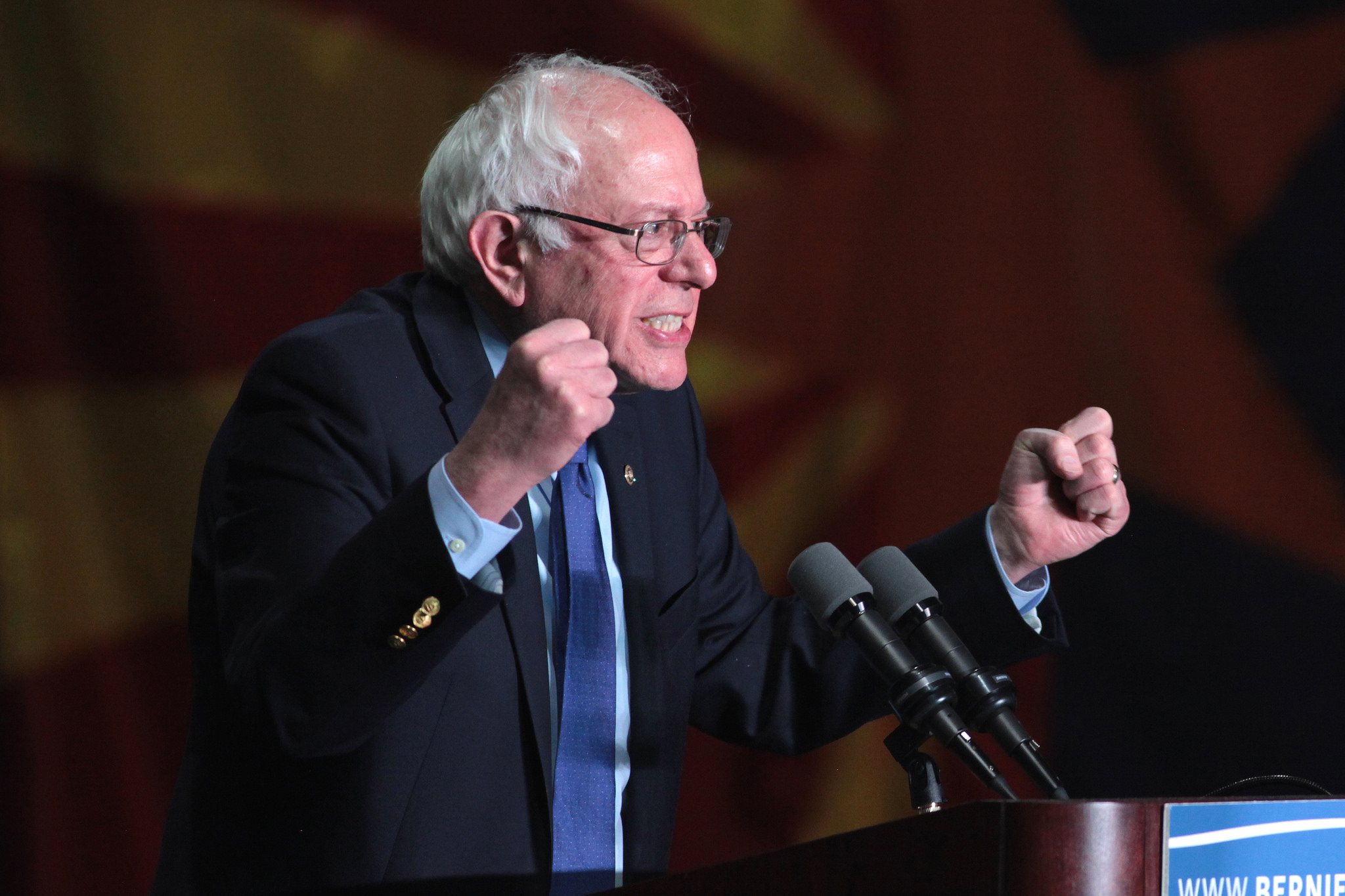 You’ve probably heard that Bernie Sanders entered the 2020 presidential contest this week and raised a helluva lot of money. If you have been watching the lame-stream media, you may have seen that fact mentioned, quickly followed by “but he will face many obstacles,” or some other diminishing remark. Much like his last foray into the presidential race, the media is YUGELY underestimating the public support for both the man and his policies.

How much are they misunderestimating (a la G.W. Bush) this self-proclaimed socialist senator from Vermont? Just look at the numbers. Bernie Sanders raised $6 million dollars in his first 24 hours. To put that number in perspective, the next biggest fundraiser in their opening day was Kamala Harris, who received $1.5 million in her first 24 hours, after delivering a powerful speech.

Bernie raised over four times what Harris did and already qualified for the Democratic debate by reaching 65,000 individual donors. No other candidate has done that, even still. This was an historic event, but much of the media isn’t treating it that way.

We’re all pretty used to the failures of our modern mainstream media, unfortunately. Here at The Daily Internet is not the place for objective journalism, but objectively, these shills are scared. The Atlantic’s Ronald Brownstein sharted a piece out titled “Bernie Sanders Will Hit Huge Obsacles in 2020” after Sanders shattered funding records and expectations in historic fashion. The article is full of the typical musings of clueless establishment endangered species.

The ever-shitty Fox News’s aloof resident fascist Michael Knowles managed to scribble an article titled “Don’t be fooled by Bernie’s moneybomb: Sanders 2020 is going nowhere” shortly after Bernie’s notable opening. Take one guess what the first word is. You guessed it, “SOCIALIST.” How Knowles didn’t cram it in the title is a mystery for the ages, but this was obviously another Faux News, baseless hit piece. He did manage to cite the fact that Millennials largely support socialism now, but I’m chalking that up to a typo.

Our media continues to fail us. Across the networks was much of the same, or worse. Harris, Booker, and Warren all received much acclaim and praise when they began their campaigns, with little criticism or negativity. What is it about Bernie that so triggers these folks? I can’t tell you, but I’m looking forward to the Bernie-induced explosions of talking heads throughout the campaign, and who knows, maybe for some time after.