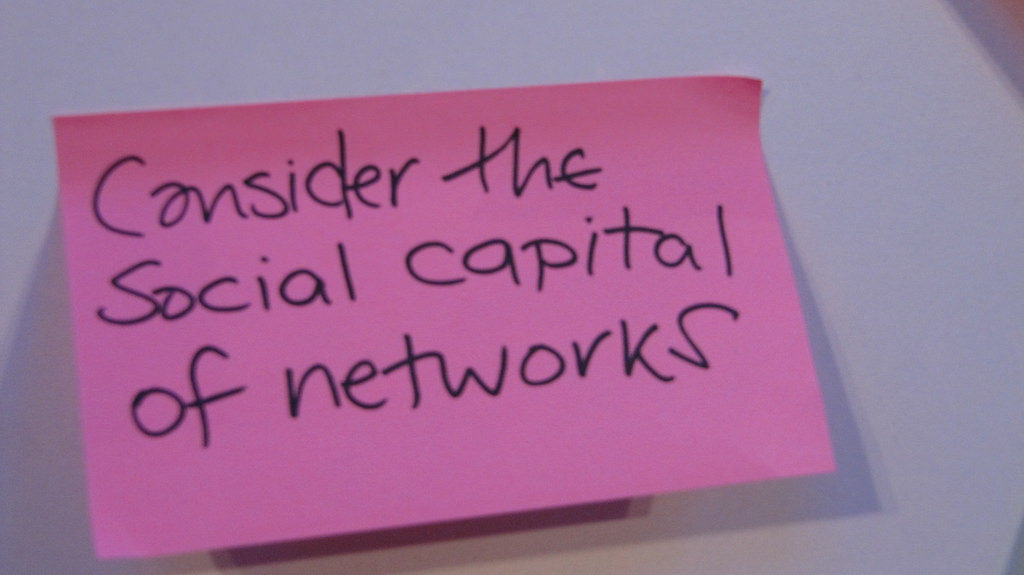 Simbi is a new website and app that allows users to exchange goods or services by a bartering system, or by using their currency, the simbi. Simbi is short for “symbiotic” after the types of mutually beneficial relationships the community thrives on within their symbiotic economy. You can trade a goods or services for another user’s goods or services, or you can opt to get paid in simbi instead and then pay for an item or service with the simbi you collect. If you want to skip the rest and join now, here is a link to join Simbi and start making deals.

The entire concept is an based on the types of bartering people do in more tribal communities, those that don’t really use currencies. Before humans used money, we would just exchange items for other items or a service for an item. It is easy to devalue your labor if you use a money as an intermediary.

What is the Symbiotic Economy?

The symbiotic economy Simbi is creating is one that is mutually beneficial for all users, not just the one percenters at the top. Here are a couple ways our goods and services get devalued in our current economic model.

Divide Labor and Conquer the Workers

As we mentioned, our modern system of dividing labor and devaluing it with money has many people feeling left out. The people at the top continue to get richer and richer while many average citizens feel it is getting harder to make ends meet. Our wages aren’t keeping up with inflation and people really feel things getting tighter.

Companies and employers know when they divide labor up, it is easier for them to pay less. Each worker has a harder time putting a real dollar amount on their work. For instance, people who work in automobile factories will do one task over and over again, they don’t build the entire car. A worker will do nothing but a repetitive task such as putting the rear bumper on. They may put 250 bumpers on a day, but that is all they do.

How much is putting 500 bumpers on in a day worth to a person or the community as a whole? It is hard to say, but if each worker built an entire car rather than just connecting one part, they could quantify their work’s value much easier. One car sells for a set amount of money, say $25,000. When a worker builds a car, he or she can tie the value of their work directly to the cost people are paying for that car.

If a worker makes one $25,000 dollar car every two weeks, they can assume that their labor is the amount you get when you subtract the price of the parts to make the whole car from $25,000. They might want a raise after doing that math.

Another way lower and middle class folks are getting stiffed in our current economic system is something we like to call the Penny Carnival Effect. Penny carnivals are those events organizations put on to make money, while the attendees play games for prizes. Here’s how they work.

When you get to a penny carnival, the first thing you have to do is use real money you earned from your real job doing real labor to pay for tickets. Attendees use the tickets to play various games that have play money as prizes. The amount of play money one wins is based on their performance in the games. You may not win any, or win a little, or win the maximum amount depending on your performance during the game.

Once you have won some play money, you can then go to the penny carnival store and exchange the play money for prizes, much like we do in a real store with our real hard-earned money. The thing is the prizes are cheap toys that aren’t worth the money you initially paid for the tickets to begin with. You devalue your real dollars in pursuit of fake ones to exchange for worthless prizes you could have easily purchased with significantly less real money. This is much how our current system works.

When we are offered a job, say for $10 dollars an hour, we don’t stop to think of how much value we are actually creating during our hour relative to our pay. We think, “that’s $400 dollars a week and will cover my expenses.” With bartering economies like Simbi, people base the value of their items or labor on real, tangible things without anyone else having a say in the matter. If you don’t like a deal, you can walk away.

This video shows how Simbi works.

Social capital is essentially a form of economic and cultural capital in which social networks are central, all transactions are marked by reciprocity, trust, and cooperation. When using social capital, market agents produce goods and services not mainly for themselves, but for a common good.

When you do a solid for your friend, they will do a solid for you. The more favors you have done for people within your social networks, the more social capital you are building. You can’t see it, but it is a real thing and it is what our society has ran on for much of our history. As communities break down and people tie their worth to dollars, the flow of social capital is stymied.

Simbi are the currency used on the Simbi platform. If you choose to use it, you get to decide exactly what your labor is worth and you cannot exchange simbi for money. It’s like social capital quantified and stored for later use. There is something to this concept people really connect with.

If you want to join, use this Simbi link and you’ll get 50 free simbi for joining and another 50 once you offer your first service on their platform. People are offering all types of services from massages to website design and all kinds of items from food to handmade goods. It is a great way and communal way to do business with each other and a much more sustainable approach to an economy.