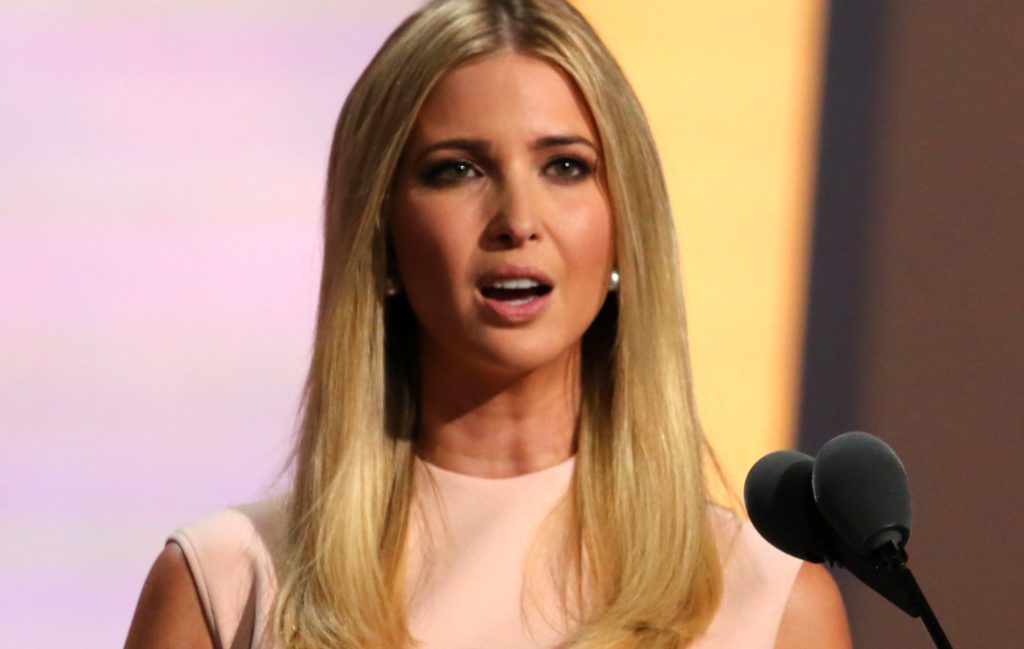 Earlier today Ivanka Trump delayed a flight for dozens of Americans and claims she was “accosted” by a citizen reminding her how great her father is at ruining a nation, even prior to taking office. That “peasant,” Matt Lanser, neglected to mention just how great Ivanka is at wrecking American values and governmental norms with her own consistent mingling of business and governance.

“Like, ewww,” the thief princess said, “This dirty peasant is totally making me upset. How DARE he mention my father’s recent insistence that he will legalize discrimination against gays….in essentially any instance involving any business. I mean, why doesn’t he just go back to eating dirt or whatever gay peasants do. My dad is making America great again.”

She went on to say homosexuals shouldn’t be allowed to voice their concerns publicly. In the same breath, she unironically touted her father’s full support of the inappropriately named “First Amendment Defense Act.” This proposed legislative act makes it legal for businesses to discriminate against anyone who has had sex outside a monogamous, straight marriage. Apparently only the first amendment rights of straight folks to discriminate mean anything to the Trumps.

The Trumps themselves seem fine with the fact that their patriarch is on the record admitting to more than one extramarital affair, and more than one sexual assault.

On a more serious note….

I have no idea what Ivanka actually said to get Lasner removed, but it was not much different than the one described. The sentiment is the same.

Over Donald Trump’s short, proto-fascist political career he has touted many discriminatory and hateful positions, from a ban on Muslims to a Gestapo-like deportation force created to, literally, deport millions of people in his first hour as president. Ivanka just doesn’t want people to mention daddy’s work, because it’s too painful for her to think about anything other than using her father’s position to fleece Americans and global citizens out of billions of dollars.

Our hero, Matt Lanser, and his husband have now been the target of hate-mongering conservatives who try to claim moral superiority while sending death threats to an intellectual couple who tried to talk to a woman who delayed their flight and has illegally been attending government meetings because her daddy tricked 60+ million morons and racists to vote him into the highest office in the land. For this, JetBlue kicked him and his husband off their already-late-via-Trump-privilege flight.

Ivanka and the Trumps don’t want to be subjected to their peasants’ opinions, especially when attempting to use said peasants for a photo opportunity in the coach section of a JetBlue flight in blatant violation of Secret Service protocol. The Trumps are the very definition of “friendly fascists,’ those who fully support incredibly discriminatory laws imposed upon every citizen, but do it with a smile. How dare we peasants show anger! How DARE we get upset!

This is real folks. You are being threatened by a fascist and neo-Nazi-supported regime and ANY mention of it will get you booted from an airplane, or cake shop, or nation. The Trumps and company are going to try to barrage us with their audacious bigotry and thievery. They will take as much as they can. It is up to decent folks everywhere to stop them using every method we have an every ounce of our strength.