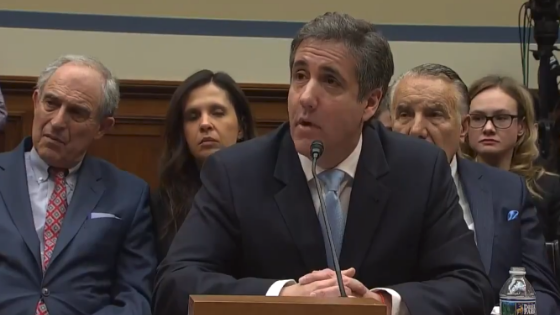 During the Hanoi Summit Kim Jong Un, President Trump has declared the testimony of his former lawyer and fixer, Michael Cohen, a national emergency.
“This so-called lawyer violated my client privileges by lying to everyone about my crimes,” Trump said. “He is a rat that isn’t telling the truth.”

When asked how Michael Cohen could be a “rat” if what he is saying isn’t true, the President simply replied, “No collusion.”

As predicted, Republicans are already coming out in support of Trump’s emergency declaration.
“This is a good move and I’m not just saying that because the Russians have nasty videos of me in a tutu,” Senator Lindsey Graham said.

No specific measures have been implemented, but President Trump is considering building a wall around Michael Cohen.

This is not a real news article, but is spot-on satire.