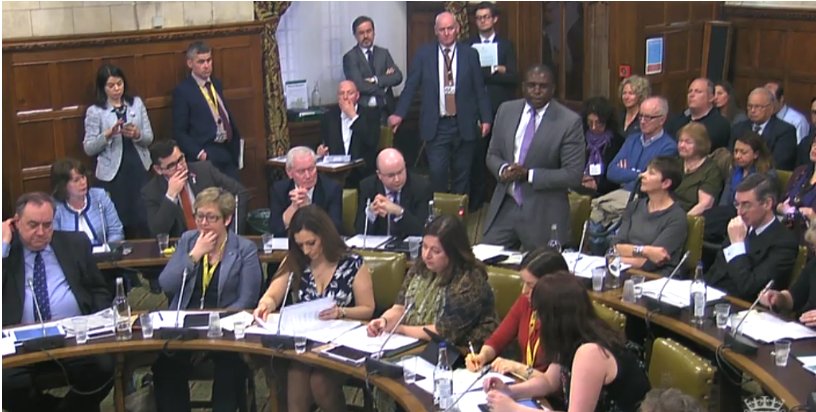 The debate and subsequent vote were held in response to a petition signed by at least 1.8 million British citizens. Trump’s “well-documented misogyny and vulgarity” were among the reasons the petitioners were calling for the trip to be downgraded from a state visit to a simple visit.

In an insult riddled debate, Trump was said to be behaving like a “petulant child” and Labour MP Paul Flynn referred to the President’s intellect as “protozoan.” Flynn offered a respectful conciliation towards the U.S. when he said: “We all in this room hold in great respect the US presidency, their constitution, their history,” and that there was “no question of any disrespect towards that country.”

Flynn said that offering a state visit to Trump would send the message that Britain approved of the President’s conduct.


David Lammy, Labour MP, said the U.S. President could expect to be invited to the U.K., but that offering him a full state visit was not acceptable. Lammy said Britain offering such an invitation would be to “abandon all its principles” and added the invite came as a result of the government’s desire to make trade deals with the U.S.

Video of the vote here:

Not all the MPs were against the visit and they voiced their concerns with everyone else. The vote was non-binding and will not necessarily result in a downgrading of the visit.

The Trump administration is starting to see consequences of their actions from around the globe as resistance begins to solidify.